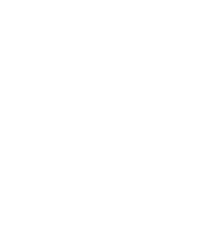 I arrived save and sound in Newzealand the 31. of December, met Delaney, and went to a party fornew years eve. It was just great, cool little hippie house near Lyttleton, near Christchurch. I met a bunch of nice people there and we danced to Lucy in the Sky with Diamonds, all night long.

Then we got to work, Mr Jack Shit hits the Drums and Mr John Deere plays the Telecaster Guitar,within three sessions we set up a 50Min. Set. 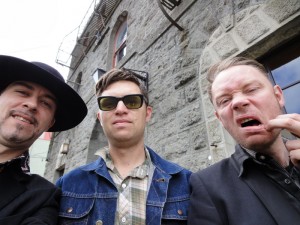 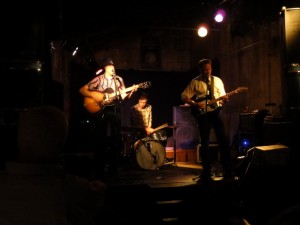 Off for the first show in Port Chalmers (Pork Charmers 😉 ) near Dunedin, a place called The Chick’s Hotel, and I tell you there were some serious Chicks at the bar!

Soundcheck, fish and chips and the show started with the Mysterious Tape Man doing SURF Guitar

playing along with his Analogue Tape Orchestra. 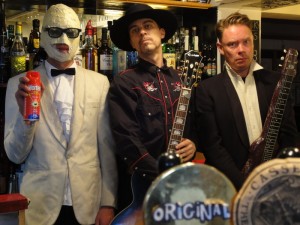 Then Delaney Davidson did his great show with the Ghost Orchestra.

And finally The Shit Deere Tornado All Star Band hit the Audience with a pretty fucked up first Gig,

kill the party and then I went early to Bed.

Next day, Saturday 08.01.11 short ride in our Nissan diesel tour vehicle, yes we get all our gear including our fat asses and underwear in that little car that hardly drinks at all; sounds like Delaneys car.

We arrived in Oamaru and met Della Dementhé and her husband Oliver, our hosts for this night, Della is an amazing artist, check her out by google. In Oamaru it’s all about that victorian style, they ride

the oldschool bikes with them big wheel and small wheel, and dressed up in that same old style. 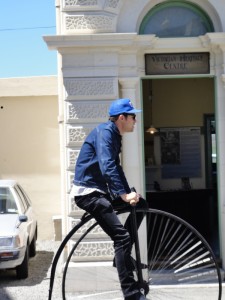 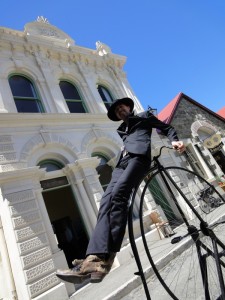 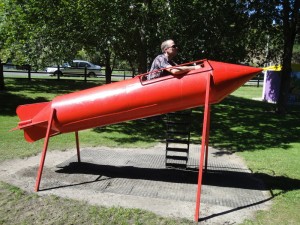 We did a nice show in The Penguins club. A bit better than the last one for sure, and people buyed some

records and merchandise and the little club was quite packed.

We slept in the abandoned railwaystation, all wood from 1900, That’s the real rambling men there,

Woody Guthry would have gone crazy 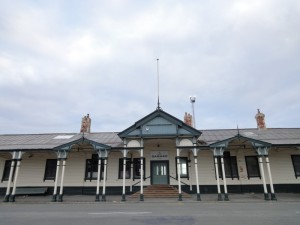 It’s a place for Artists now…

Next Day was an Off in the sun. 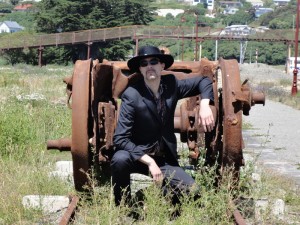 Ahh yeh, and I did two solo shows so far and a buskers.

More solo shows and then, the 14.01.11 our tour continues in Lyttleton at El Santo. 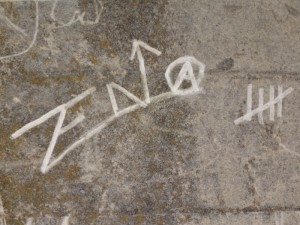